The Benefits of Outsourcing In Small Businesses 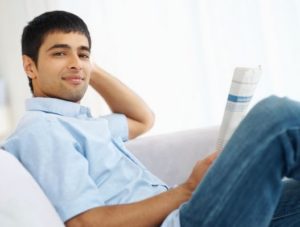 So what is outsourcing? A fairly recent addition to business terminology, outsourcing in a business is the delegation of certain non-core operations to other separate entities that specialize in those operations. Put very simply, outsourcing means giving away certain tasks which though imperative to the actual business, can be better managed by another industry which specializes in that task.

Outsourcing entails transferring management control and decision making power to the other industry as well. This means that there is a lot more interaction, and information exchange, coordination and trust between the outsourcer and its client, making it different from the established buyer-seller relationship.

Now that we have established what outsourcing is, let’s focus on what it is not. Outsourcing is commonly confused to offshoring, which is the relocation of an entire or part of a functional unit of the business to another nation, whether it remains in that business’s control or not. Outsourcing is usually limited domestically. In many cases, such as telemarketing, the company wishes to employ the service of overseas call centers. Thus when outsourcing crosses national borders it is called offshore outsourcing.

So why should companies outsource? There are plenty of benefits of outsourcing, especially for small businesses. The main reason for outsourcing is the cut in costs, as they don’t have to provide benefits to their workers and have fewer overhead expenses to worry about. Many businesses prefer offshore outsourcing, as it allows them to utilize the low labor costs of countries such as India and Malaysia.

Outsourcing also allows smaller businesses to focus on core competencies, and relieve themselves of the peripheral ones. Thus they can concentrate on providing better quality products and service. Even if the quality does not improve, the cut in cost allows for greater productivity. This increases the overall economy in total. Not just that, the business can produce good quality products without having to employ a large number of people. Thus lowering their overall labor charges and employee benefit.

The best facet of outsourcing though is the ability to employ professionals to get the work done. In areas such as advertising and telemarketing, it is usually more cost-effective, and productive to hand over the task to a separate company and pay them accordingly. Thus instead of handling their own affairs in a substandard manner, they can employ professionals to carry out the process efficiently and effectively. And once the outsourcing company is assured that its client is managing perfectly, it can focus on creating better products and services.

For small businesses, outsourcing allows them to work with the minimum of labor and equipment expenditure. For example, a small firm outside city limits can outsource its transport, thus making it unnecessary for it to acquire buses, cutting the cost of fuel and saving its resources. Another prime example is telemarketing and advertising.

Many companies prefer to outsource this facet of marketing to professional call centers and advertising agencies, thus eliminating the need to form an entire unit devoted to this task. Not only that but because the outsourcing client has a fully established infrastructure devoted especially to the service provided, there is no necessity for a small business to invest in developing its own internal infrastructure to accommodate that service.